• LOGIN to manage your subscription accounts

The Fellowship of St. James (FSJ) was founded in 1976 to promote fidelity to Jesus Christ, encourage greater Christian unity, and defend traditional Christian doctrines and moral teachings. The Fellowship and its publications serve Protestant, Evangelical, Catholic, and Orthodox Christians who come together on the basis of shared belief in the fundamental doctrines of the faith as revealed in Holy Scripture and summarized in the ancient creeds of the Church.

The Fellowship of St. James accomplishes this mission through our publications such as Touchstone: A Journal of Mere Christianity, Salvo, The Daily Devotional Guide, and The Calendar of the Christian Year.

The Fellowship of St. James is a 501(c)(3) non-denominational, non-partisan, organization that receives no government funding. All gifts are tax-deductible.


The FSJ Board of Directors

Thomas S. Buchanan, Ph.D., is the George W. Laird Professor of Mechanical Engineering and Biomedical Engineering at the University of Delaware. He has studied at UCSD, Northwestern University and MIT, and has held visiting professorships at the University of Western Australia and the University of Aix-Marseille in France. He has held many academic administrative positions, including department chairman, deputy dean and institute director, as well as national leadership positions such as president of the American Society of Biomechanics and editor-in-chief of the Journal of Applied Biomechanics. Dr. Buchanan is on the Board of Trustees of Saint Katherine College and has served on the editorial board of Touchstone where he had a regular column entitled "Practical Christianity."

Fr. Wilbur C. Ellsworth is the priest at Holy Transfiguration Orthodox Christian Church in Warrenville, IL. He contributes regularly to Ancient Faith Radio, an Orthodox internet radio program featuring both audio programming and podcasts that highlight liturgical music, interviews, prayers, and lives of the saints. He is published in Reformation and Revival Journal on the topics of worship and hospitality in the church. Additionally, he serves as an adjunct faculty member at Northern Theological Seminary, where he teaches on Classical Christian Worship. Fr. Ellsworth holds a M. Div. from the Los Angeles Baptist Theological Seminary and a D. Min. from the Trinity Evangelical Divinity School. Fr. Wilbur lives in IL with his wife Jean; they have two children.

John Fairfield was Professor of Horn and Chamber Music at Northern Illinois University in DeKalb, Illinois from 1985 until his retirement in 2017. Prior to that he taught at Illinois State University in Normal, Illinois for 5 years.

A native of New York State, he has lived in Illinois since 1976. He received his musical training at Northwestern University and Ithaca College. He holds degrees in Music Performance and Music Education. John served as principal horn of the Chicago Sinfonietta, the Illinois Philharmonic and several other ensembles in the Chicago area. For several years he performed, toured and recorded as an extra/substitute with the Chicago Symphony Orchestra. John was a member of Midsummer's Music, a mixed chamber ensemble that performs in Door County, Wisconsin for 22 years.

John has been married to Laura, also a retired hornist, since 1980. They have been readers and supporters of Touchstone for more than twenty years. They are the parents of Elizabeth, currently the Assistant Personnel Manager with the Kansas City Symphony. Laura serves as the Bible Study Fellowship Teaching Leader in the DeKalb-Sycamore class.

In retirement John is active as head elder at St. John Lutheran Church (Lutheran Church-Missouri Synod) in Sycamore, Illinois. He and Laura enjoy traveling and stewarding the bountiful gifts God has given them.

Eric Halvorson is currently practicing law as a business and estate planning attorney in Ventura County, California. A native of Wisconsin, he has lived in California since 1985.

Eric has had broad experience in the areas of law, finance, business and academia. He practiced as a CPA prior to graduating from Duke Law School. He has been a partner in a large Milwaukee law firm and worked for fifteen years as counsel to and a senior executive of Salem Media Group, a Christian media company. Eric also served as CEO of Media Arts Group, a publicly-traded art publishing company. He has been a member of the Board of Directors of five publicly-traded corporations.

Eric and Dianne, his wife of 48 years, have two children and three grandchildren. He is a Ruling Elder in the Presbyterian Church in America.

Leon J. Holschbach is a career banker in Wisconsin and Illinois currently serves as Vice Chairman of Midland States Bank, a publicly traded bank (MSBI), headquartered in Effingham, Illinois. Leon received a B.A. in Economics from the University of Wisconsin, Madison in 1975 and a graduate certification from the Herbert Prochnow Graduate School of Banking, UW, in 1984. Leon and his wife of 38 years Debra are active in Christ’s Church in Effingham. They have 3 adult children and 4 grandchildren.

Certified Financial Planner Steven K. Kellar is currently a Managing Director with Sheridan Road Advisors. He has been based in Chicago for over two decades, throughout which he has been involved in a variety of capacities in the community. A photographer as well as a financial advisor, Mr. Keller's body of work has been viewed and displayed in a range of venues. He continues to live in Chicago with his wife Debbie and their five daughters.

James M. Kushiner is the Executive Director of The Fellowship of St. James and has served on its board since 1980. The Fellowship was established in 1976 to encourage greater Christian unity, knowledge of the Judeo-Christian tradition, and fidelity to the historic doctrines of the Christian faith and its moral teachings. He did undergraduate studies at the University of Michigan (Ann Arbor), Northwestern University, and the University of Illinois at Chicago. James, a native of Detroit, Michigan, married Patricia in 1972 after moving to Chicago, where they have since lived and raised their 6 children. They have 10 grandchildren. They joined the Eastern Orthodox Church in 1993 and attend All Saints Antiochian Orthodox Church in Chicago, Illinois.

After graduating from Wellesley College, Pittsburgh native Mary Elizabeth Podles pursued postgraduate studies in art history at Columbia University. She has employed her expertise in curating at the Metropolitan Museum of New York and the National Gallery of Art in Washington; most recently, she acted as the Curator of Renaissance and Baroque Art at the Walters Art Museum in Baltimore, Maryland. Since retiring, Podles has continued to engage in her field by her writing and lecturing, as well as taking up the practical study of art in order to better understand the process undergone by the artists themselves.

Mary Elizabeth Podles and her husband, Touchstone Senior Editor Leon J. Podles have six children, whom they home-schooled, and have recently welcomed their first grandchild.

Dan Proft is a political advocate, former Republican candidate for Illinois governor, and radio talk show host with AM 560 The Answer in Chicago where he co-hosts the morning drive show. He voices a political commentary, "Sixty Seconds of Sanity" on the Salem Radio Network.

The Fellowship of St. James publications: Follow us online!

In Christ All Sinners Are Truly Made New 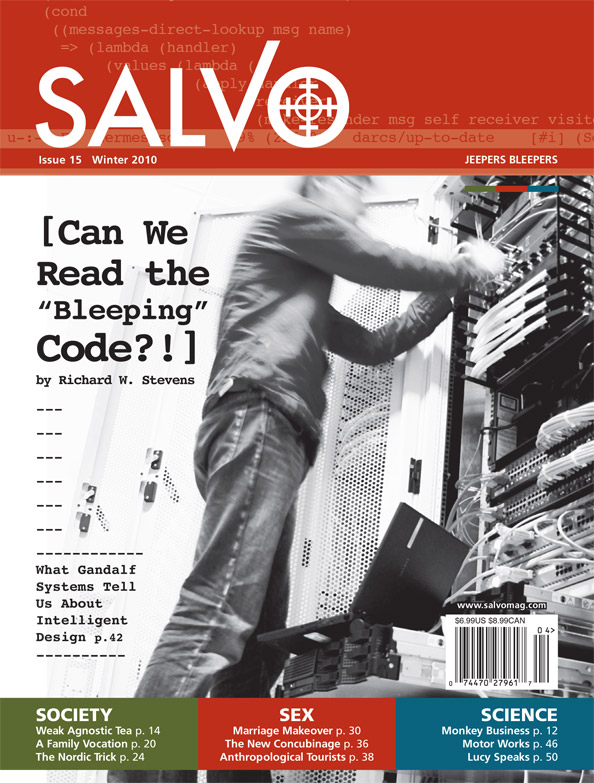 Marriage Lite or the New Concubinage?

on the Problem of Preaching About "Responsible Parenthood" 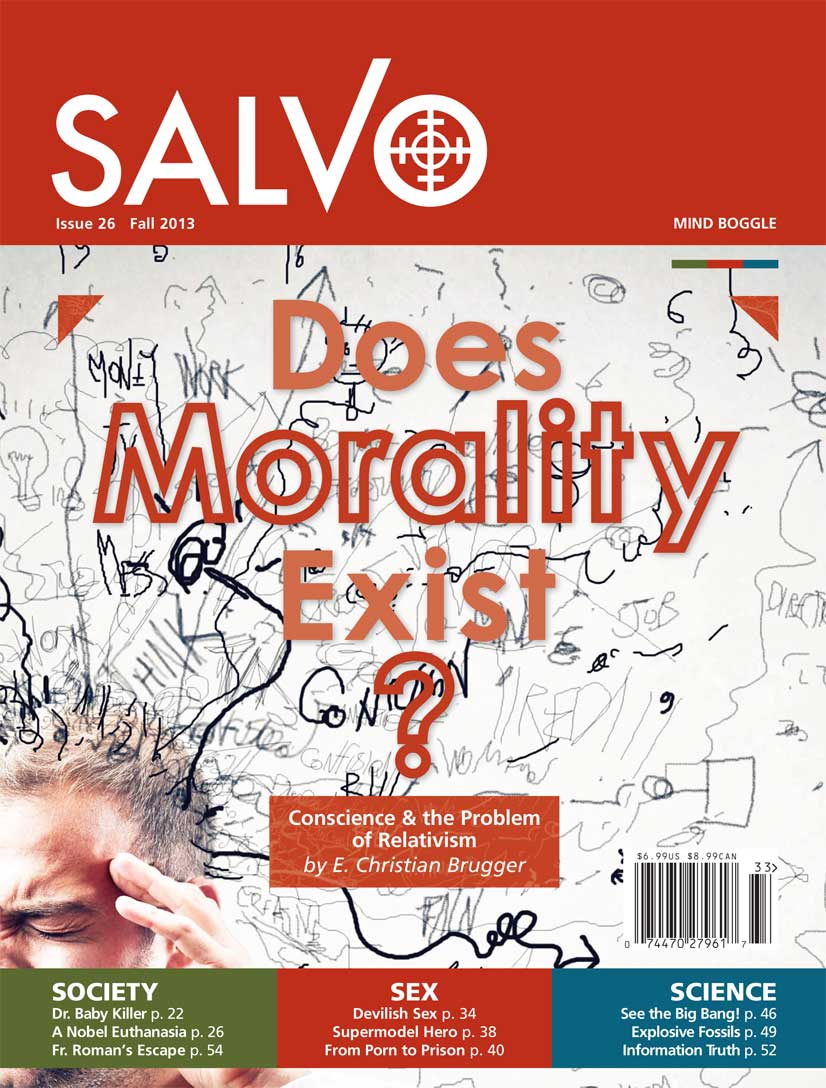 A Divine Gift of the Muses

The Great Epics Are Theological & Mark the Hard Path to Beatitude 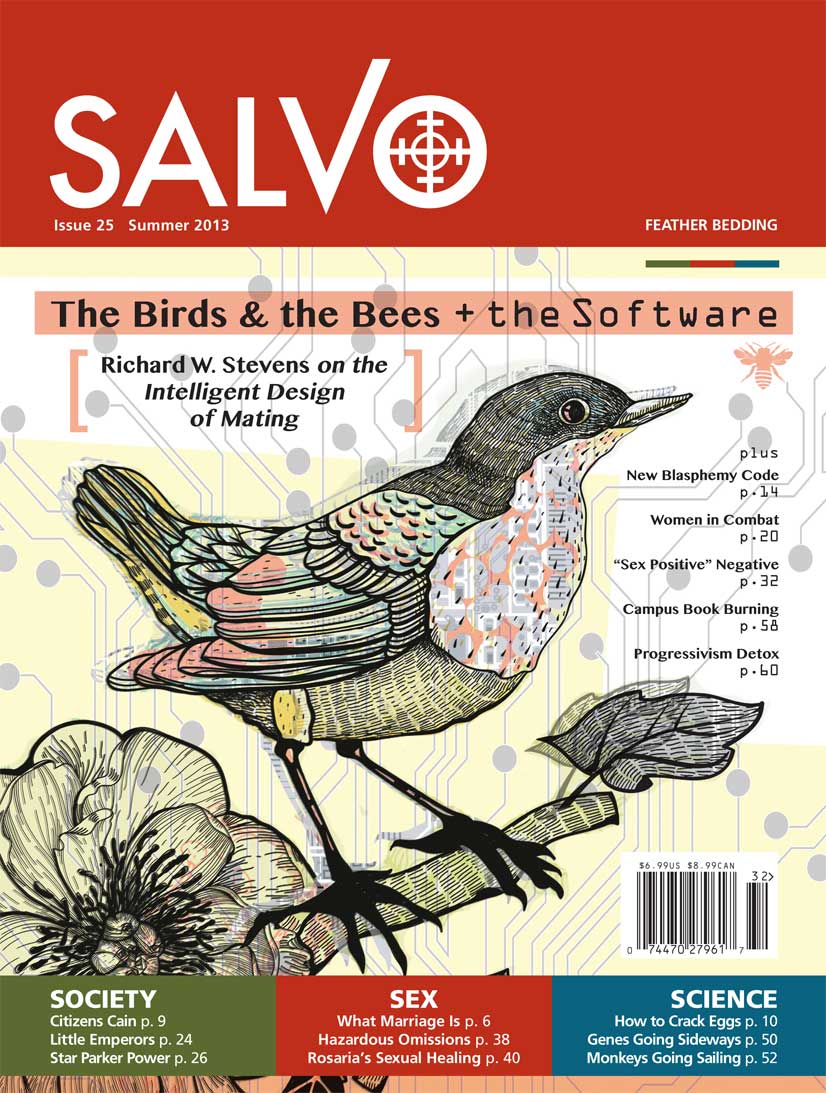 An Interview with Star Parker

▶ Anno Domini: The St. James Calendar of the Christian Year

The Fellowship of St. James.
Publisher of